The Press Conference here in Zürich made clear that the artist-curator Christian Jankowski has created a Manifesta in the political spirit of the nineties. The Biennial opens to the public on Saturday June 11th.

The Zürich edition is the eleventh instalment of the roving European biennial, which was first held in Rotterdam in 1996. This twentieth anniversary would have offered an excellent opportunity for looking back at Manifesta’s origins in the nineties, an era still infused by a sense of openness and expansion after the fall of the Berlin wall. However, no mention was made of the anniversary at all.

Instead we witnessed the presentation of the 2016 instalment (with the title What People Do for Money – Some Joint Ventures), which appeared as a kind of weary version of the social and subversive European art discourse of the nineties.

The biennial is curated by the German artist Christian Jankowski, who himself emerged out of the nineties with a range of subversive “hits”. As a young artist he went hunting for food in a supermarket with a bow and arrows, and as a somewhat more established artist on the Berlin scene he let an eight-year-old take on the part as director of Kunsthalle Hamburg. Just to mention two examples.

At the press conference he referred to exhibitions he had seen in the 1990s, curated by people like Kasper König and Harald Szeemann, informing us that his objective with this Manifesta was to create a similar atmosphere of creativity and dialogue between the city, the art and the audience.

He presented the theme of the exhibition – work – as a question of identity. In other words, he felt no obligation or commitment to any political discussion, but only to art. – My main objective is to make people happy. So take a tour of the exhibition and look out for something that makes you happy, urged Jankowski before the hundreds of members of the press gathered there.

While working on this biennial, Jankowski has focused primarily on the format. The structure may seem complicated, but is actually quite straightforward if you sit up and pay attention:

The main section of the exhibition consists of thirty collaborative projects/joint ventures carried out by the artists together with various professionals based in Zürich: a priest (Evgeny Antufiev), a translator (Ceal Floyer), a dentist (Torbjørn Rødland), a fireman (Mike Bouchet), a watchmaker (Jon Kessler), a dog groomer (Guillaume Bijl), a sexologist (Andrea Éva Gyõri), etcetera. These projects are presented in three different ways: at the various workplaces, at the main exhibition’s two galleries in the heart of Zürich, and in the form of documentary films screened in a new architectural pavilion floating on the river.

In addition to this, Jankowski and his co-curator Francesca Gavin have brought in a hundred historical works; art that is also about work, or which shows how different professions have been incorporated into contemporary art over the course of the last twenty to thirty years.

The exhibition also comprises Cabaret der Künstler – Zunfthaus Voltaire, a newly formed guild of artists: anyone who carries out a performance on the stage can become a member.

At the conference, all this appeared as rather template-like curating. Manifesta 11 invites playful artistic games with various professions without actively engaging in reflections on capital and class. Instead, the concept of “good art”, whatever that may be, and Calvinist-bourgeois ideas of work ethics and guilds take centre stage. It is as if all the critique of capitalism seen during twenty years of Manifesta never happened. We are back at the rather less clear exhibition policies of the 1990s.

As the social democratic mayor of Zürich, Corine Mauch, pointed out at the press conference, bourgeois work ethics are under pressure due to digitisation and robot technology. She gave this as one of the reasons why arranging Manifesta in Zürich was particularly relevant now. Another reason was to put Zürich on the map of European culture. – Switzerland is located in the heart of Europe, but is not part of Europe politically.

This was of course a reference to the fact that Switzerland is not a member of the European Union, but perhaps it also referred to the nation’s strict asylum policies. No further mention of this wider political scenario was made at the press conference.

The press asked two questions. An American journalist wanted to know whether the exhibition would be regarded as a single, vast Gesamtkunstwerk signed Christian Jankowski. Almost despairing at the question, the curator instantly denied the idea. He then went on to say: – It is as meaningless to call this a Gesamtkunstwerk as it is to say that it is not.

Another journalist inquired about rumours of extensive use of volunteers and underpaid assistants during the biennial, wondering whether this did not rather undermine the arranger’s credibility given the theme of the exhibition. The biennial director, Hedwig Fijen, replied that no-one from the regular workforce at the galleries involved in the exhibition were out of a job, and that the use of volunteers was standard practice at such festivals. Jankowski added that they could have opted out of using volunteers and assistants, paying everyone involved a full salary. – But then it wouldn’t have looked like a biennial. Then it would have been a regular exhibition, said Jankowski.

It feels as if Manifesta 11 has been constructed as an impervious bubble in a Europe seething with unrest. This is highly problematical, for it undermines the idea of having a biennial that takes Europe’s cultural and political challenges seriously. But all this is just a first impression based on the press conference. It is, as was repeatedly pointed out by Christian Jankowski, the art that counts.

Note: Kunstkritikk’s review of What People Do for Money – Some Joint Ventures will be published next week. 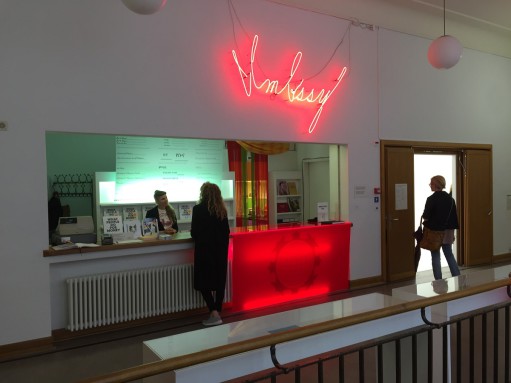 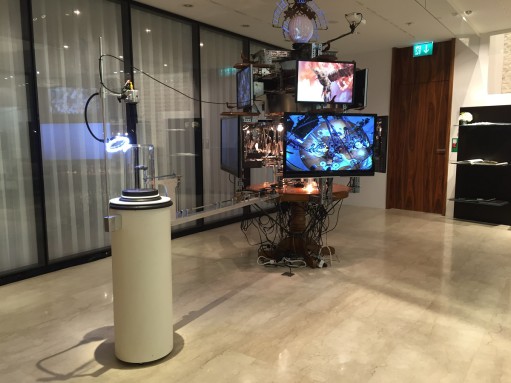 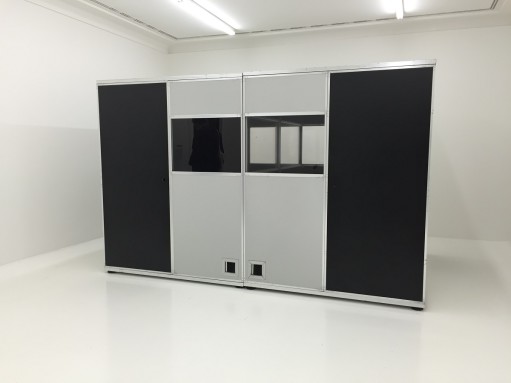 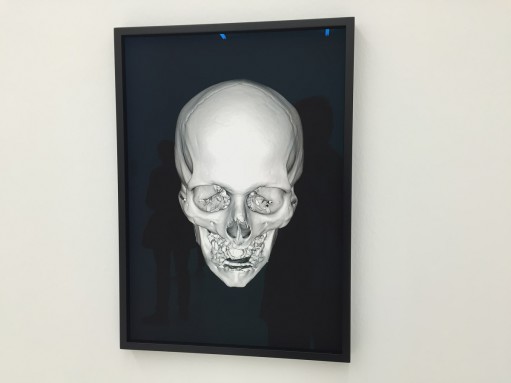 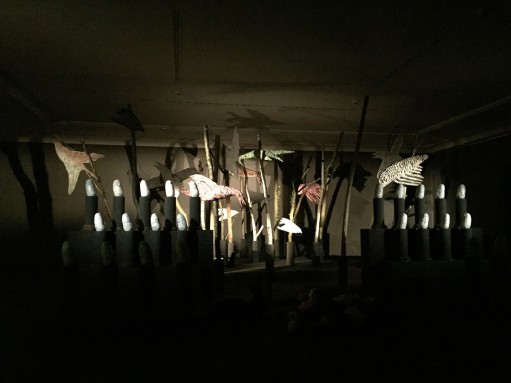 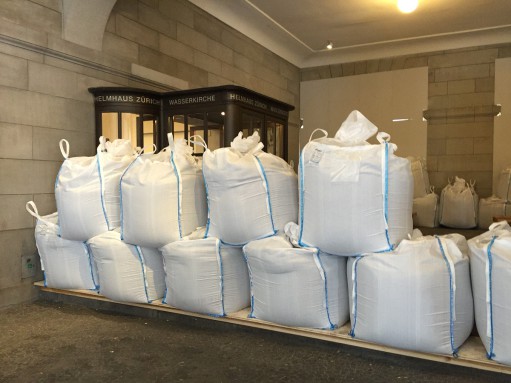 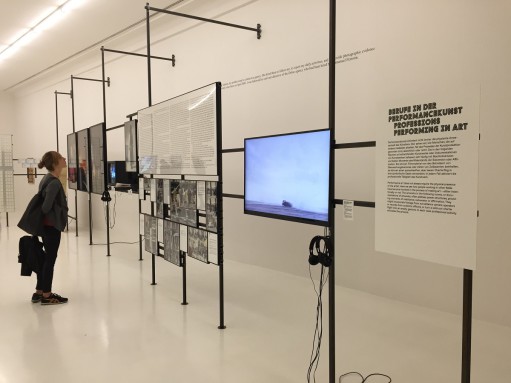 "Professions in Performing Art". Installation view from the exhibition Sites Under Construction, curated by Christian Jankowski and Francesca Gavin. Manifesta 11, 2016. 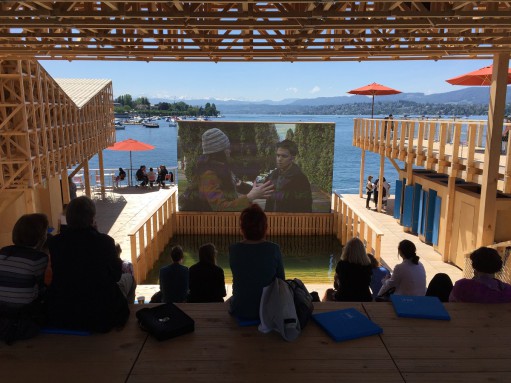 The Council for Visual Arts has introduced gender quotas for all art purchases made by the City of Copenhagen. Council member and director of Kunsthal Charlottenborg Michael Thouber hopes that others will follow.

In the 2010s, Norwegian cultural politics began the deliberate disassembly of a functioning system under the pretence of having something to replace it with.

In his day, Erling Viksjø, architect of the Oslo Government District, was called a “bulldozer” and an “enemy of culture.” Today, his own legacy is facing demolition.

Set against an iconic cinematic backdrop depicting the streets of New York, the Frieze Los Angeles art fair has every opportunity to juggle with the artificial, the commercial, the superficial – and Hollywood.