Omer Fast lives and works in Berlin, but arrives in Bergen more or less straight from the Venice Biennale to show his video Nostalgia (2009) at Hordaland Art Center. For this occasion, kunstkritikk.no has interviewed Fast about his work and his perspectives on being an artist.

Omer Fast has made a career of creating dystopic mirror images of our Western world. He does so by projecting the non-western world’s experiences onto a Western identity. In his videos Fast uses witness accounts as material for narrative fiction informed by revisionist science-fiction literature. His meticulously constructed cinematic works construct potential new worlds where social and political realities are different than ours.

In Nostalgia, our western identity is flipped on its head as Fast uses interviews with British immigrants to construct a story about our trials and tribulations when we try to immigrate to a prosperous Africa. In the work Five Thousand Feet Is the Best, currently on show at the Venice Biennale, Omer Fast juxtaposes journalistic interviews with strategies from fiction movies. An American drone aircraft pilot talks about his tasks, about death and destruction, while his monologue is juxtaposed with images of an American population fleeing from Asian drone aircrafts.

Omer Fast was born in Jerusalem in 1972, based in Berlin. I addition to being part of the Venice Biennale this year, Omer Fast has had solo shows at institutions like Whitney Museum of American Art, New York, South London Gallery, Kölnischer Kunstverein, La Caixa Forum, Barcelona and Netherlands Media Arts Institute, Amsterdam, as well as in numerous group shows world wide.

How are the preparations for the upcoming show going?

– Good. We’ve divided the space quite a bit but the screens and projection aren’t up yet. It’s a nice moment because bare walls are very suggestive.

What do you consider the most important aspect of this exhibition?

– I will be showing one work, called Nostalgia, which consists of three movies that are shown in three consecutive spaces. Since the total running length is 45 minutes, I suppose what’s most important is for visitors to take their time and see all three parts in succession. That’s the ideal at least.

When, how and why did you become an artist?

– I’m ten years out of school and am still becoming an artist.

How do you see your role as an artist today?

– As a storyteller. For the last few years, I’ve mostly dealt with individual narratives and questions of social representation. In the process, I’ve learned a lot about filmmaking, which I wasn’t at all exposed to in art school. I suppose my role as an artist has been about finding ways of articulating my concerns using a technical language I wasn’t trained to use.

How would you describe the way you work?

– Pretty lonely in the beginning, very social in the middle and awfully lonely in the end. Each of my recent projects has begun with an encounter with a person who recalls a personal experience for me, usually on-camera. The story and parts of the recording are then incorporated into a script, which is realized as a film with the help of a crew and performers. I do all the writing and subsequent editing myself so inevitably I spend weeks and months alone in the studio until the work is ready to show. Showing the work takes me out of the studio and into the public again, so I guess it’s a very cyclical process.

What current art or projects/practices inspire you?

– That’s really hard to say because, for me, inspiration is something that happens just below the level of consciousness and is easier to pinpoint in retrospect. I recently saw Avi Mugrabi’s Z32 which I found dizzying and fascinatingly problematic for its game of masking and unmasking – also Christoph Schlingensief’s films at the Venice Biennale. When I’m stuck, I like to re-read Etgar Keret’s short stories as a quick guide to the surreal.

What role does theory have in your work? What theorists have inspired you lately?

– Theory doesn’t play a big part in my work. When coming up with an idea for a project, I might read anything from proper theory to historical nonfiction, Wikipedia entries, or plain fiction and newspaper articles. For example, for the work I’m showing at the Hordaland Art Center, I remember I was really helped by Svetlana Boym’s book Nostalgia, Georges Perec’s W, or The Memory of Childhood as well as Aleksander Hemon’s Lazarus Project. For a present project I’ve started reading Noël Carroll’s Philosophy of Horror. Altogether, I consume movies and novels in much higher doses than theory.

Currently, there seems to be a need to define the term «contemporary art». What is it, anyway?

– I don’t really have any need to define contemporary art and don’t know artists who worry about what it is either. Is it too tautological to say that what we produce and show to the public is contemporary art? Whether what we produce is more broadly significant or historically meaningful, that is a question best answered in retrospect.

How can visual artists make a living and still maintain a critical attitude towards the commercial art market and governmental funding bodies?

What would you change in the world of art?

– This is totally hypocritical, but in my autocratic fantasy super-state I would cut some of the links that connect us and make the art world less global and more local. 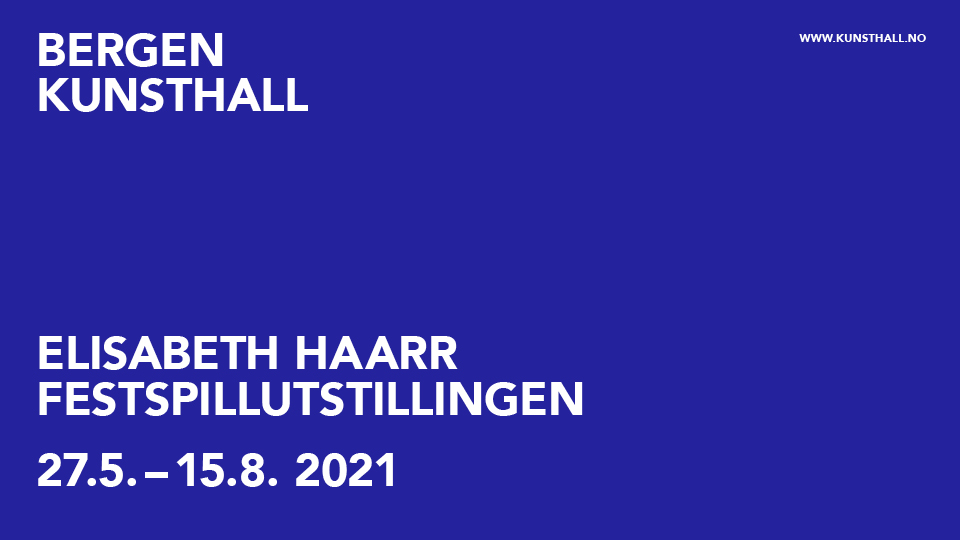 Death to the Curator at Kunsthall Oslo argues that power in the art world should be more evenly distributed.

The National Gallery of Denmark sets sail in the name of decolonisation with an exhibition about Emil Nolde and Ernst Ludwig Kirchner as gentle and critical as the catalogue is problematic.

An exhibition at the Museum of Contemporary Art brings together the distant worlds of art and gaming, without subsuming one to the other.