At the end of the last preview day of the 11th Gwangju Biennale, The Eighth Climate (What does art do?), artistic director Maria Lind introduced Deleuze and Guattari’s concept of ‘minor literature’ to a room filled to the brim. Transposing the notion developed in Kafka: Toward a Minor Literature (Paris: Gallimard, 1975) into the institutional realm of contemporary art, Lind continued by asking, what is the relationship between major events such a biennale and ‘marginal’ or ‘minor’ art spaces? How can we acknowledge the artistic and social contributions of these spaces while also supporting them in an increasingly precarious socio-economic environment? Lind knew who she was speaking to that night: the audience was mainly made up of artists from the exhibition, and directors and curators from nearly one hundred small- to medium-sized art spaces from across the globe, which have all been invited as ‘institutional fellows’ of the biennale.

While the dichotomy of ‘majors’ and ‘minors’ is a blunt separation for a complex field, many people in the room shared the sinking feeling that it is becoming more and more difficult to work in a way that places art and artists at the forefront. Lind emphasized that The Eighth Climate (What does art do?) attempts to be an art-centred biennale, meaning for example that she has prioritized art over curatorial dramaturgy and exhibition architecture, and ensured that as many artists as possible were on-site to install and celebrate the opening.

The Eighth Climate takes its title from a 12th century Persian concept that describes a space in between material and immaterial worlds. It is in this interstitial space that Lind proposes art does whatever it is that art does – a question that applies equally across the entire exhibition. The result is sprawling, at points eclectic, and occasionally unfocused. The list of artists echoes Lind’s interest and commitments over time, involving people she has worked with throughout her career such as Bik Van der Pol, Marie-Louise Ekman, and Gunilla Klingberg. And many of the biennale’s institutional fellows, acknowledged as peer organizations that share her desire to put art first, have worked with Lind throughout her directorship of Tensta konsthall, which began in 2011. Among them, the biennale’s curator, Binna Choi of Casco – Office for Art, Design and Theory in Utrecht, as well as spaces such as CCA Tallinn, kim? Contemporary Art Centre in Riga, Kunsthal Aarhus, and Konsthall C and Marabouparken, both in Stockholm.

The number of artists included in biennials seems to grow each year, and for most artistic directors the sheer volume of participants in these massive exhibitions demands sub-curation into more manageable thematic shows. Last year, for example, the 20th Biennale of Sydney curated by Stephanie Rosenthal was subdivided into “embassies of thought”, while this year’s Liverpool Biennial is conceived as a series of episodes ranging from “Ancient Greece” to “Chinatown” and “Monuments from the Future”. While Lind’s list of artists is also nearly one hundred names long, she has taken a distinct approach to the organization of the show itself. A set of themes and questions run throughout all the spaces in the exhibition, such as the impact of the epoch known as the Anthropocene on the future of the planet, But rather than grouping works together on the basis of their shared subject or objective, Lind has primarily organised them by aesthetic approach or medium. 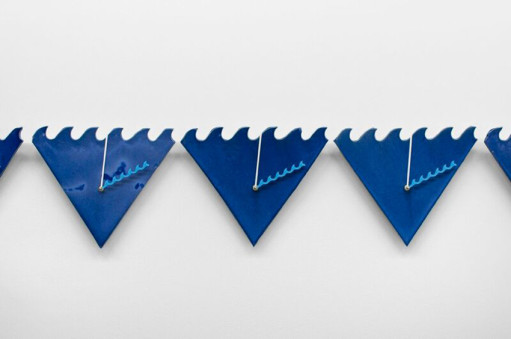 Emily Roysdon, Beyond the will to measure, 2014. 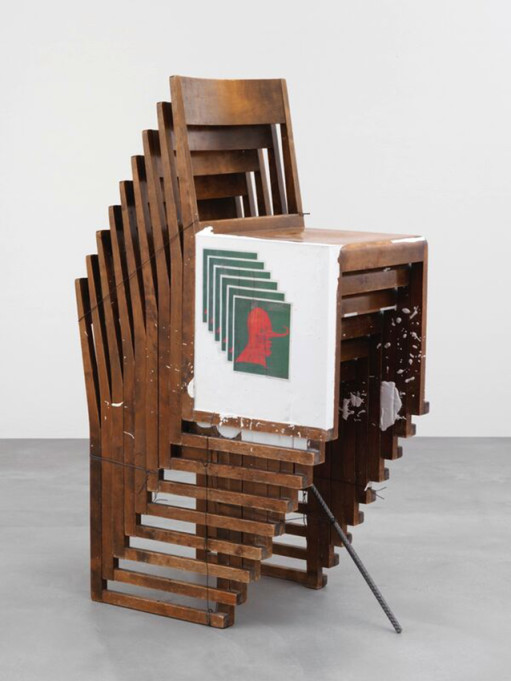 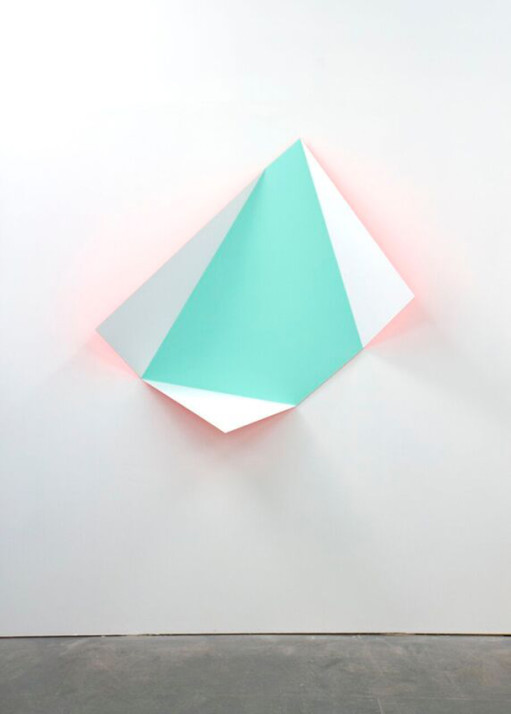 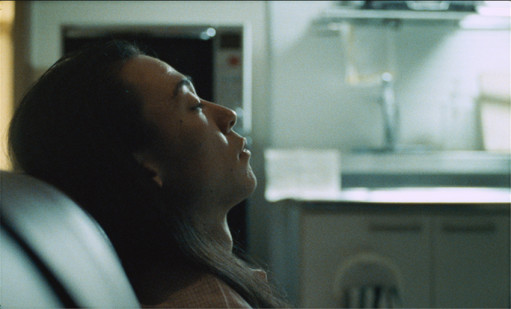 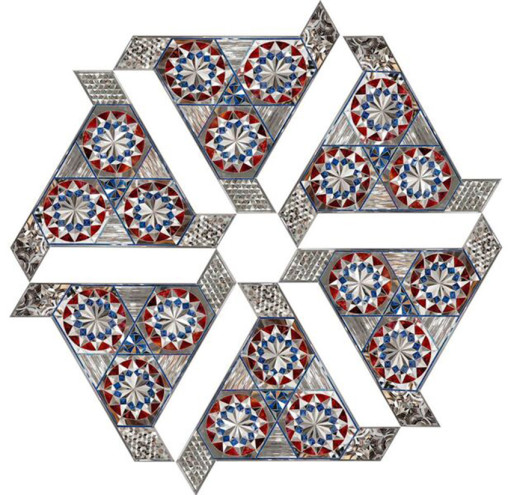 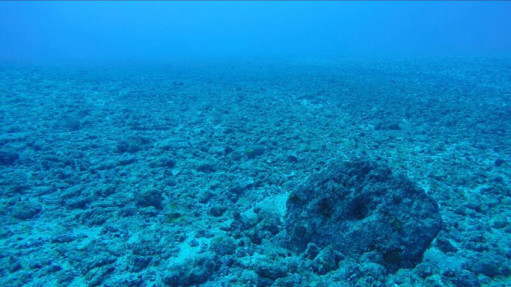 Nicholas Mangan, The Limits to Growth, 2016. 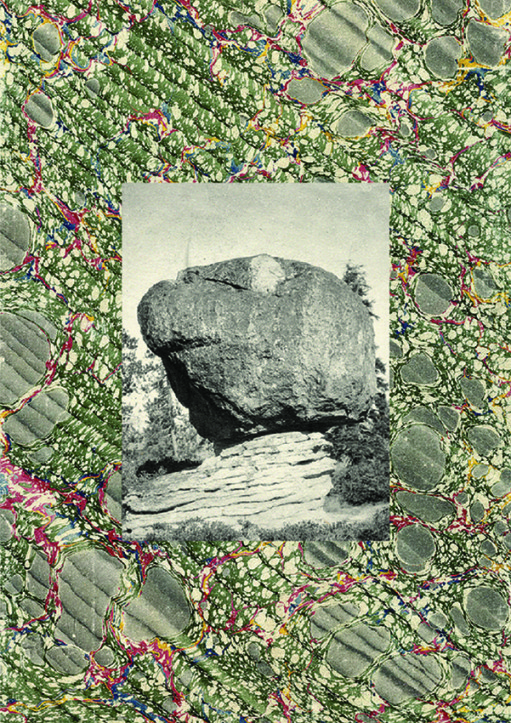 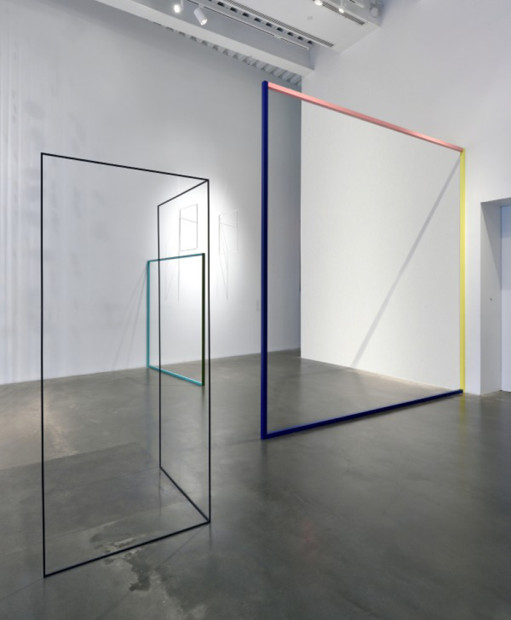 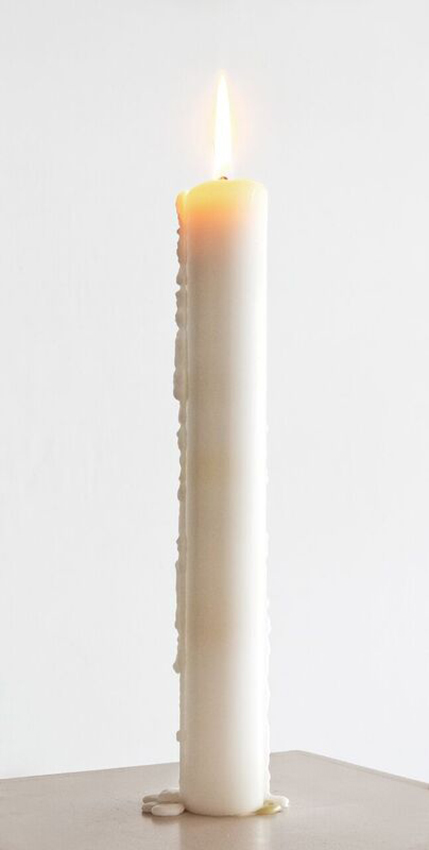 Katie Paterson, Candle (from Earth into a Black Hole), 2015. 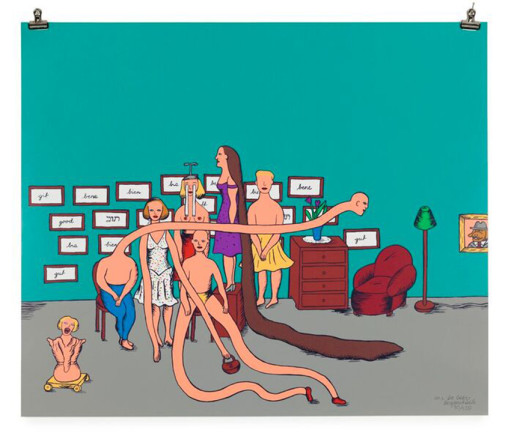 Marie-Louise Ekman, Good, 1971.
One of the most successful exhibition halls is a field of more than a dozen videos playing simultaneously, and serving as the primary source of light for the venue. As one might imagine, a single plane of videos from artists such as The Otolith Group, Philippe Parreno and Lili Reynaud-Dewar, poses a sonic challenge in this context. Directional speakers, low volumes and the occasional set of headphones are employed to limit sound bleed in what would otherwise be a chaotic and cacophonic environment. The visual field created by the layering of artist’s works was mesmerizing, but viewing the videos, some of which are as long as an hour, with hushed volume was at times frustrating. The difficulties balancing sound in a space with no dividing walls is a curatorial challenge that was clearly taken on with the knowledge that it would not be simple.

The question guiding the exhibition, ’what does art do’, can be answered in a singular way for each and every work in the show, and through this probing, important resonances and shared trajectories can be found. Art’s ability to both reveal and become complicit in the correlation between abstraction and value-creation was teased out in installations by Goldin+Senneby, Nicholas Mangan, and Walid Raad with Such Trabolusi. The role of context-sensitive commissions in remembering pasts to create new futures was beautifully conveyed in Dora Garcia’s replica of a bookshop that was a central meeting point for participants in the democratic uprising in Gwangju on May 18th, 1980, as well as in Fernando García-Dory’s community-engaged eco-play, Lament of the Newt (2016), staged with local inhabitants in the city’s only remaining rice paddy. These works mark some of the high points of a biennale that is sprawling and occasionally unfocused, but ultimately working without pomp to tackle daunting questions of this moment and a not-too-distant future.

The more I see Klara Lidéns exhibition, the greater my difficulty in thinking of an artist I would rather have seen. But it also becomes clearer that the exhibition isn’t as fine as it could have been.

Facing yet another Covid spring, Sweden’s exhibition season will be locally produced and unsensational. Nevertheless, there are some gems to look forward to.

The Light & Space movement takes centre stage in Copenhagen Contemporary’s ‘biggest exhibition to date’, but this vast sea of light drowns out the works and their ostensible magic.

Our ten most popular articles from 2021.

Kunstkritikk’s Editor-in-Chief Mariann Enge shares three of the art events that were most important to her this year.