The global art movement Nasty Women, begun in New York in 2016 by artist Roxanne Jackson and curator Jessamyn Fiore, will make its first appearance in Sweden. Initially a protest against the election of Donald J. Trump as president, Nasty Women started as a fundraising exhibition that appropriated the misogynistic phrase that Trump used with reference to his opponent, Hillary Clinton. Following the original exhibition in New York, an international activist movement has emerged. Tonight, the artist-run gallery Studio 44 in Stockholm presents Nasty Women Stockholm, with works by 16 female-identifying artists. The show’s curator, Louise Dahl Lindvall informs Kunstkritikk that the idea actually came from a man, Oskar Johnström, a member of Studio 44. Lindvall was excited to pick up the torch as organizer: “The threat to women’s rights is global and imminent,” she says. “My motivation in organizing this event comes from a sense of urgency; urgency to speak up collectively – joining our sisters and allies around the world – against the violence, harassment and oppression that women suffer daily. This is why we have chosen to donate any revenue from sales to ROKS, the National Organisation for Women’s Shelters and Young Women’s Shelters in Sweden.” 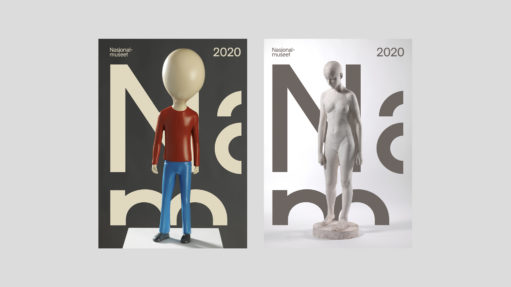 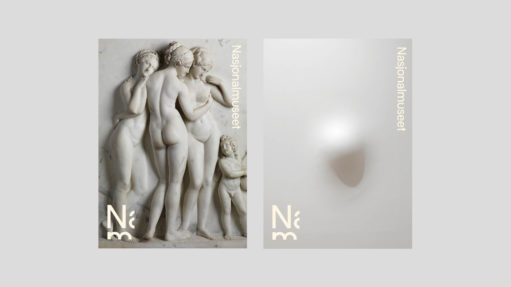 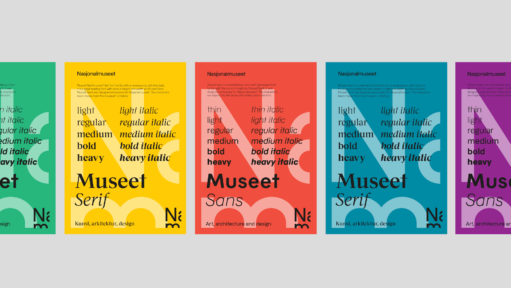 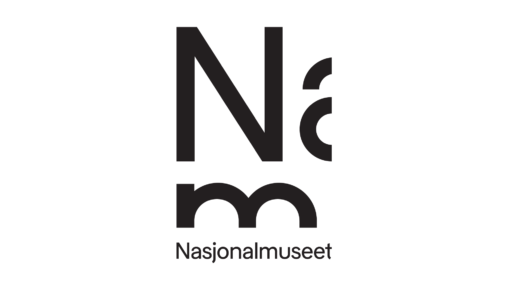 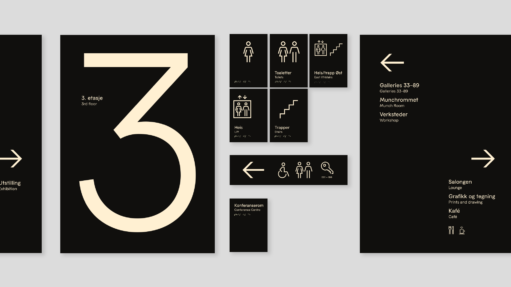 A new visual identity for the National Museum

As the National Gallery in Oslo prepares to temporarily close on Sunday, January 13th, the National Museum looks ahead to its 2020 reopening at its new location at Vestbanen by unveiling a new visual identity. Created by the Norwegian design group Metric, it consists of several elements: a new signature, a whole font family, profile colors, pictograms, a graphic system, and a new logo. Metric, known primarily for designing the new Norwegian banknotes and for creating the identities of cultural venues like Sentralen and Vega Scene in Oslo, was chosen for the task in competition with a total of forty-two Norwegian and international agencies. “We like that the new identity is light and inviting, and that it is so thoroughly based on the museum’s collection and history. We are really looking forward to start using the new logo and visual identity when the new National Museum opens in 2020,” says Eirik Kydland, director of communications at the museum.

A professional workshop open to anyone

“Wouldn’t it be great if there was a place to go that had the stuff you need, where you could make almost anything?” That was the question that led a group of friends to start Fellesverkstedet (The Public Workshop), a collective, non-profit workspace for artists and other creatives, back in 2011. Since then, they have assisted roughly eight-hundred artists, designers, craftsmen, and amateurs in completing more than twelve-hundred projects, according to CEO Graham Hayward, who is now one of 6 employees. After seven years of pilot activity, Fellesverkstedet is moving to a permanent location in Seilduksgata 29, at Grünerløkka in Oslo. With fairly substantial funding from both public and private sectors, they have renovated the entire building, which was originally built in 1914 as a foundry. Over four-hundred square meters of new space has also been added, including a cellar, annex and mezzanine. Although they do not expect to have fully finished the space until the summer, the new location opens on January 14th. It will offer professional equipment and spaces for woodworking, metalworking, digital manufacturing, large-scale production and printmaking.

“If you use a flash, they will immediately assume that people are on drugs,” said the young Norwegian artist Maria Pasenau yesterday during a talk at Tenthaus Oslo, while commenting on the reception of her Nan Goldin-inspired documentary photographs. Stressing that she has no interest in drugs – even though she does have a liking for flash – Pasenau has launched her own anti-drugs campaign. This weekend marks the final days of Pasenau’s month-long exhibition, together with the London-based artist Maisie Cousins, curated by artist Anja Carr as part of her gallery concept Pink Cube, which is currently a nomadic space. Founded in Oslo in 2011, Pink Cube is a “pink exhibition space with walls coated in paint containing bodily fluids – an alternative to the sterile, male dominated white cube.” After a three-year hiatus, the show presented at Tenthaus is its twenty-second duo exhibition or “art-battle.”

Every year since 2012, Kunstkritikk has published a Christmas Calendar to sum up the year’s most memorable art experiences. In 2018, from December 1st to December 24th, in-house critics and invited guests presented their favorite exhibitions, events and publications. These lists of highlights are relatively diverse, but some striking instances of consensus occur. In 2018, one event stood out in particular: the inauguration of I am Queen Mary by Virgin Islander artist La Vaughn Belle and Danish artist Jeannette Ehlers, in Copenhagen on March 31. This seven meter high polystyrene statue received headlines internationally, as it was Denmark’s first public monument – albeit a temporary one – to a black woman. The work commemorated Mary Leticia Thomas, known as Queen Mary, one of the women who led the Fireburn revolt in the Danish West Indies in 1878. “I love the Marvel-like pop aesthetics and also the provisional materials, which make it a cool contribution to the discussion surrounding art in public spaces, as well as around Denmark’s dirty history as a colonial power,” says Pernille Albrethsen, Kunstkritikk’s Danish editor, who is among the five contributors who listed I am Queen Maryas a favorite. Kunstkritikk’s year in review can be accessed here (in Nordic languages).

Set against an iconic cinematic backdrop depicting the streets of New York, the Frieze Los Angeles art fair has every opportunity to juggle with the artificial, the commercial, the superficial – and Hollywood.

During the 2010s it has become apparent that the fascination of the archive can not be separated from the ideology of the digital data base.

This spring, nine Scandinavian writers, critics, and curators will share their reflections on Nordic contemporary art from the decade we just left behind.

Astrup Fearnley Museum has not renewed its sponsorship agreement with Lundin Norway. The museum will review its entire sponsorship profile when Solveig Øvstebø takes over as director in May.