Curatorial programmes and lists of the artists featured at major international art biennials are usually launched a month or two ahead of the official openings, strategically portioned out in order to prolong and maximise the rising tension. However, just a few days ahead of the opening of Documenta 14 in Athens we still know very little about what the exhibition will present. In an interview with the German arts magazine Monopol in early March, the artistic director of Documenta, Adam Szymczyk, explained this silence by stating that from his point of view an exhibition should be an experience with no pre-programmed expectations. He quite simply does not like having lists of artists launched beforehand.

It is true that the art world has had several years to build up its expectations regarding this exhibition, which had the working title Learning from Athens. Szymczyk announced his radical decision to split Documenta 14 between Kassel, where it is usually held, and Athens back in 2014. The Athens exhibition opens on 8 April and will last until 16 July, while the German exhibition run is 10 June to 17 September. This division has caused much consternation in both cities. While the chambers of commerce in Kassel fear that the lucrative art tourism – the biennial attracted around 900,000 visitors in 2012 – will dwindle when parts of the exhibition relocate to Greece, one can also read a stencilled message of protest, “Dear Documenta: I refuse to exotisize myself to increase your cultural capital. Sincerely, the natives”, on the walls of Athens. Former Minister of Finance in Greece, Yanis Varoufakis, has called Documenta’s visit abroad “a kind of crisis tourism”.

However, such statements seem, as yet, to be exceptions rather than the rule. German TV station Deutsche Welle reports only little interest in Documenta among Greek media. The only discussion so far has concerned Documenta’s public programme, Parliament of Bodies, which has taken place at the municipal arts centre in Parko Eleftherias since September 2016. The arts centre is housed in a building that used to be the headquarters of the military police during the military junta of 1967 to 1974, a fact that has in itself been controversial. What is more, the fact that this autumn’s series of lectures, 34 Exercises of Freedom, also gave voice to political and artistic practises that included “ecosex, queer-indigenism, and radical performativity”, was too much to stomach for the commentators of the conservative Greek newspaper Kathimerini, who criticised Documenta for being based on “hysterically one-sided”, “militant” ideas.

In addition to this autumn’s seminars and lectures at Parko Eleftherias, the Greek journal South as a state of mind has been the most important platform for the international curatorial team’s teeming mass of ideas. Since 2015, South has acted as Documenta 14’s official journal with poet and critic Quinn Latimer as editor. Laying aside accusations of “hysterical one-sidedness”, the ideas that have been floating around these forums have been so diverse that it is difficult to point to anything other than overall tendencies. Refugee policies, public debt, and the debate surrounding the return of cultural artefacts from ethnographic and archaeological collections were key issues in the first two editions. These are all themes that directly concern the relationship between Greece and northern European countries, especially Germany, but they also connect Documenta 14’s Athens-Kassel axis to more wide-ranging postcolonial challenges.

– The decision to arrange the exhibition in Kassel and Athens is only meant as an energising trigger; it launches and generates new meaning that can be discussed and placed outside of the two cities that share the event, said Szymczyk when Kunstkritikk met him in Karasjok last autumn.

There is much to suggest that indigenous people and the politics surrounding them will be prominently featured in Documenta 14. This winter’s international show of support for the Standing Rock Sioux tribe’s local protests against the construction of the Dakota Access Pipeline clearly showed that the struggle for the rights of indigenous people has the potential to become the frontline of a more wide-ranging movement that fuses environmental activism, anti-capitalist politics and down-to-earth spirituality. The first day of 34 Exercises of Freedom in Athens last September was quite telling in this context. The programme included lectures by the Sami journalist and Alta-controversy activist Niillas Somby and the Italian radical left-wing philosopher Antonio Negri, and it was opened by a ceremony conducted by Linnea Dick from the Canadian Kawakwaka’wakw tribe, thanking Mother Earth and chasing away bad energies.

Documenta’s interest in issues associated with indigenous people has also meant that several Nordic artists have been invited to exhibit their work there. This autumn, the Documenta team went on an extensive tour of Sápmi arranged by Office for Contemporary Art Norway, and as far as Kunstkritikk has been able to establish, works by the following Sami artists will be shown in Athens and Kassel: John Savio (1902-1938), Iver Jåks (1932-2007), Joar Nango, Máret Ánne Sara, Hans Ragnar Mathisen, Britta Marakatt-Labba and Synnøve Persen. The latter three took part in forming the Masi group, which reinvented and reinvigorated Sami art in the 1970s. Among the works to be exhibited we find Persen’s draft for the first Sami flag, which she created while still an academy student in the late 1970s. Sara will create a large-scale installation of reindeer skulls – a continuation of her Pile o´Sápmi, which was place outside the Indre-Finnmark court during her brother’s court hearings in 2016 when he took legal action against the state on a matter pertaining to limitations on reindeer farming. Nango, who works with nomadic architecture, has spent the last few months in Athens working at a junkyard between the refugee camp of Eleonas and a Roma camp that was recently removed by the authorities. The finished work will be shown in an outdoor atrium belonging to the Odeion conservatory in Athens; it will be performance-based and process-oriented, whereas the artist’s work for Kassel will be more sculptural in nature.

The municipal arts centre in Parko Eleftherias is one of several public institutions in Athens that will be used by Documenta. Other exhibition venues include the Athens School of Fine Arts, the Benaki Museum, the Isadora & Raymond Duncan Dance Research Centre, and the Athens Numismatic Museum to mention but a few. Documenta’s film programme, featuring films by e.g. Jonas Mekas and Claire Denis, will be shown on the Greek TV channel ERT2 during normal viewing hours. In last year’s interview with Kunstkritikk, Szymczyk emphasised the need to highlight and raise awareness of existing public institutions that have been under severe pressure due to the decline in the Greek economy in recent years. Taking up lodging as a humble guest within established Greek cultural institutions has undoubtedly also been a carefully planned strategy aimed at pre-empting the inevitable critics who will call Documenta a vacationing German super-exhibition with imperialist ambitions.

Documenta’s main venue in Athens will be the National Museum of Contemporary Art, Athens (EMST), one of the Greek cultural institutions that have been hardest hit by the economic crisis. EMST has been without funds for operation since its completion in 2014, and only a small part of the building was accessible to visitors when the museum opened last autumn. While Documenta’s artists take over the museum, more than 200 works from EMST’s collection of Greek and international art will be shipped off to Kassel’s Fridericianum – which will, ironically, be the first time that this collection is actually seen by audiences.

The opening event in Athens will feature a horse parade that will circle the Acropolis before ending up in front of the Greek parliament. The parade is intended as a reconstruction or re-enactment of the Parthenon Frieze, one of the many relics of antiquity that have ended up in the history museums of Northern European colonial powers.

The application to carry out this parade within the historic parts of the city were approved by the Greek Central Archaeological Council, but at the same time the council refused Documenta permission to use Greek Skyros ponies – the archaeologists insisted that the horses depicted on the frieze are normal-sized. The parade also marks the beginning of a 100-day journey undertaken by Scottish artist Ross Birrell, who will pass through the Balkan countries on the way from Greece to Germany, a journey that symbolically follows one of the refugee routes taken from the Mediterranean Sea to Northern Europe. Visitors who intend to take in both exhibitions during the overlapping exhibition periods in June and July will face a less strenuous journey: Aegean Airlines has set up a specific Documenta route between Athens and Kassel, supposedly Kassel’s first international flight.

Szymczyk has stated that the approximately 150 artists invited to take part in Documenta were first invited to visit Athens and Kassel and then made proposals for works for both cities. They were given a choice between showing a work that is somehow divided between Athens and Kassel, or showing two different works – an old work in one of the cities and a new one in the other.

Some of the works planned for Athens have already been announced. They include Croat artist Sanja Iveković’s new take on Ludwig Mies van der Rohe’s Memorial to Rosa Luxemburg and Karl Liebknecht from 1926, which will be erected in Avdi square. French-Malian Aboubakar Fofana will place fifty-four indigo-coloured lambs, one for each of the African countries, in a garden near the traditional “sacred road” Iera Odos. German artist Maria Eichhorn’s work in the Amerikis square supposedly aims to protect the area against property development and gentrification. In the gardens of the Byzantine and Christian Museum visitors will be able to hear “sonic graffiti” in the form of frog noises, a work by the recently deceased Fluxus artist Benjamin Patterson. On Philopappos Hill, Anishinaabe-Canadian artist Rebecca Belmore will place a hand-made marble tent, and the municipal cinema Stella will screen Douglas Gordon’s I had nowhere to go, based on Jonas Mekas’s diaries. Mekas will also make a contribution himself in the form of the photographs he took as a post-war era refugee.

As yet, Documenta’s press office has been reticent about sharing information about what we can expect in Kassel when the exhibition opens there in June. German media have reported that a 16-metre obelisk is under construction in Königsplatz, but Documenta refuses to give the name of the artist behind the monument. However, Szymczyk has announced that the vast majority of museums in Kassel will be used for Documenta. So too will several of the city’s squares – and a gym located in a former post office on the outskirts of town. One of the more striking works in Kassel will be a reconstruction of Argentinian artist Marta Minujín’s The Parthenon of Forbidden Books. The original work, shaped like an ancient Greek temple and standing twelve metres tall, was shown in a square in Buenos Aires in 1983. It was constructed out of 20,000 books that had been banned under the Argentinian dictatorship. The new version will be erected in Friedrichsplatz, one of the sites of the Nazi book burnings in the 1930s, and will incorporate some 100,000 banned books from across the world, donated by the general public.

– There is huge untapped potential when many people come together for a vast exhibition; political potential, said Szymczyk to Metropol. Documenta has emphasised that its exhibitions should invite audience participation, and that visitors should be more than mere observers. Now that the opening draws near, it will be very interesting to see whether the citizens of Athens also become part of this audience, and whether the working title Learning from Athens proves to be more than a mere exercise in rhetoric. 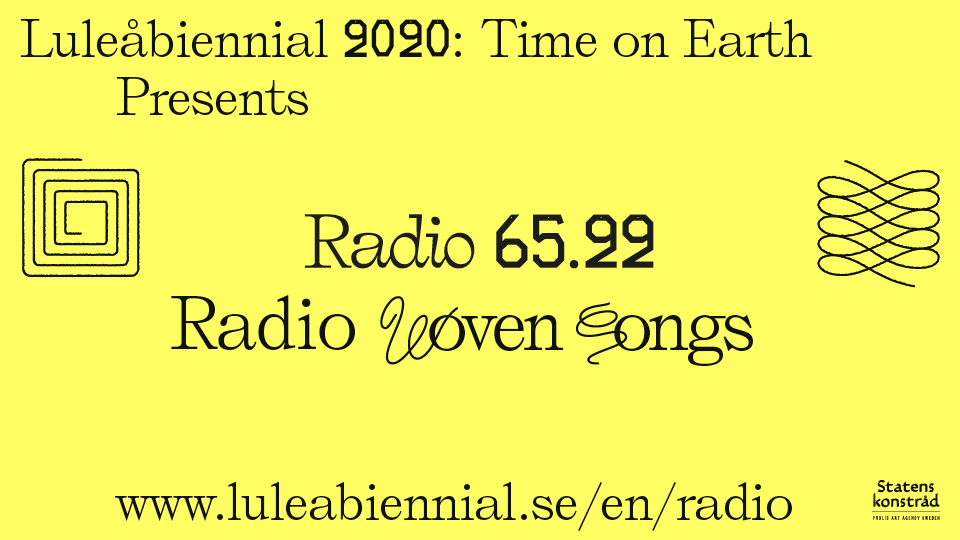